Why is it important to maximize the useful life of the lubricating oil in critical machines? 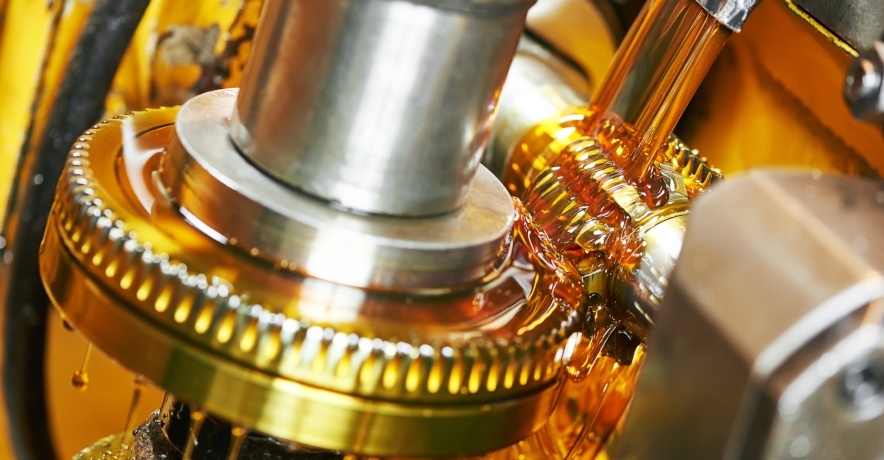 The use of a lubricating oil in good condition is fundamental, especially in the case of rotating machines or those in which a load is transferred through the lubricant. With the right physical and chemical properties, an optimal state of the additives, minimal contamination and normal levels of wear, an oil achieves greater operational efficiency and a reduction in direct costs. In this optimal state, the lubricant performs the following functions:

Apart from these main functions, depending on the type of machine or application the oils can and should perform other functions such as:

Factors that influence the degradation of synthetic and mineral lubricants

The degradation of synthetic and mineral lubricants affects operational efficiency of all types of industrial machinery. If the right measures are not taken to prevent this deterioration from damaging critical components or the machine as a whole, it can lead to high, even catastrophic costs for unplanned stoppages.

When the operational risk is reduced, by means of proactive actions that guarantee the availability and maintainability of the machines, this has a direct effect on the productivity of the business. In this regard, by making an assessment of the various operational risks in each of the processes and subprocesses of the operation it is important to stress the influence of the useful life of rotating machines in most of them. Based on that, and knowing the influence of lubrication on the correct operation of this type of critical machinery, the question arises of what are the factors that are involved in a good lubrication and in its useful life.

The usual process of degradation of a lubricant starts with phenomena related to the surroundings and the work that the fluid does. Some of the most representative causes are:

The degradation does not occur suddenly; it develops gradually due to a progressive appearance of carboxylic acids that are a product of the degradation. In other words, the acidity of the lubricant increases.

Depending on the kind of equipment, certain factors affect the degradation and prevail over others. For example, in a gas turbine the degradation is caused especially by factors such as temperature. On the other hand, in a marine engine the acid factor will have more weight because many components of this type will attack the machinery and the oil will then have the mission of preventing it.

The base lubricant type also influences degradation. The bases considered as mineral present progressive degradation over time, whereas the synthetic ones show a more stable behaviour. 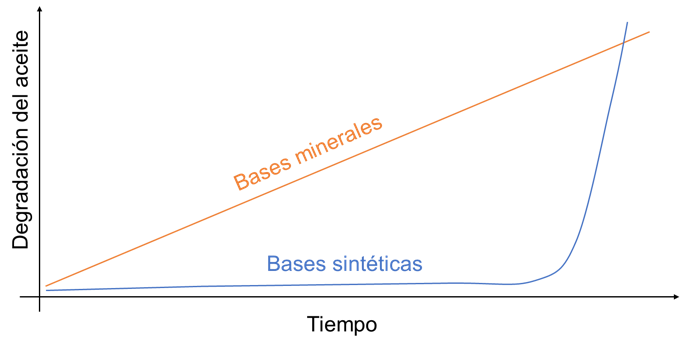 Degradation of the oil

When checking the evolution of the lubricating oil there is a series of laboratory parameters that vary according to the state of the fluid and are classically used to establish the change periods. 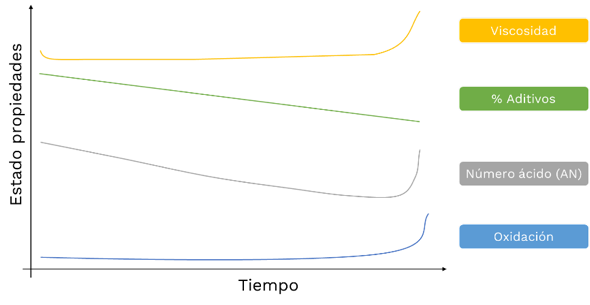 Evolution of certain properties of oil over the useful life of the oil.
Adapted from “Kew Engineering, Oil Aging and Degradation”.